Carol .J. Clover is an American proffessor of film studies, Scandinavian mythology and Rhetoric language. She very widely published in her areas of expertise.
She has a book called 'Men, women and chainsaws' which explores the conventions of modern horror, it also talks about the 'final girl' theory, this theory, which Clover is said to have come up with. the final girl is the last girl standing in a horror film, the one who ultimately defeats the killer or is the last person to be killed, she is usually not the most attractive, she is also brunette, a virgin and usually has a unisex name such as Max, Jaimie or Billie.
She also says that the killers in horror usually have childhood issues or are sexually disturbed. she also says that the female killers tend to suffer with gender confusion, an example of this is the mother in 'Friday the 13th'.
Her 'Final girl' theory has changed both popular and academic conceptions of gender in horror films.
Section above by Sam 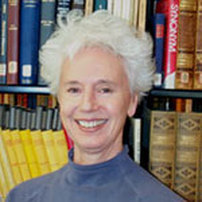 Section below by Dan
Clover also believes that horrors should be set in 'terrible places' such as decaying mansions or buildings because they not only physically terrible but they also have a historical background to them. An example of this is in the 'Texas Chainsaw Massacre'. Equally she says that at first the walls of a building seem to be a blockade between the victim and the killer, however it soon becomes clear that they are trapping the victim in so that the killer can get them.

Clover's theory says that guns should not be used in horror because they are a less personal way to die opposed to a death caused by a knife or other such weapon. She does, however, say that a gun can be used by the victim in an attempt to fight back but these should never work or their attempts should be unsuccessful.

Clover also states that in times gone by it should be a woman who died at the hands of the killer but nowadays it is much more common place for the victim to be a teenage girl. Most probably because of a change in audience.