I was left in charge of props as I look like a conventional final girl and due to this was not suited to be in front of the camera for our opening sequence.

As it is only an opening sequence it does not require many props as what happened to the victim would most likely be shown in a flashback further in to the movie.
I provided the fake blood and rope for Sams kidnap and death. 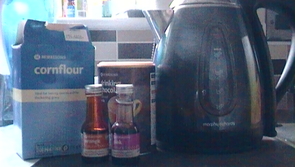 I had to make two kinds of blood as Sam had too spit out one of them.
This fake blood was for Sam to spit out. It is a recipe of boiling water, hot chocolate powder and food coloring. 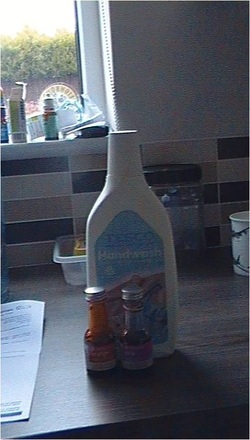 This fake blood was for external uses. It is a simple recipe of cheap green washing liquid and red food coloring. 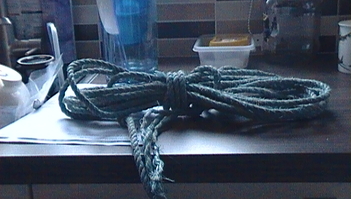 We used a substantial amount of rope for the shots were Sam was bound this was so we could just wrap the rope around her hands, but due to the amount it looked like she was tied up instead of it just wrapped around.
Page by Kirsty