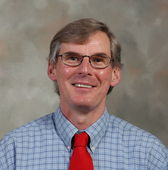 Dixon believed that men and women in horrors were supposed to be viewed as sights of activity rather than being viewed as characters. He believed this because in horror it is not the text that matters in horror but the certainty that a character is going to die.
Section above by Dan
section below by Sam
He authored a book called 'A history of horror' in this book he talks about horror though the decades. It discusses the historical origins of very famous characters such as Dracula and Frankenstein. The book explores how the horror film fits into the Hollywood studio system, and how its huge success in Europe and America has over time globally expanded.
Dixon looks at the key periods in horror, like how the horror genre was established. He also mentions it falling into parody and then rising again to create whole new levels. It is the history of the horror film.