We decided that our target audience would be men aged 15 - 25. We decided on this age demographic because allows for the biggest box office potential, having an age rating of 15 and also encompasses the people most likely to watch horror. We worked out that this would be the best audience for our horror film by asking people to complete an online survey with the question: Do you like horror?

Our results were as so: 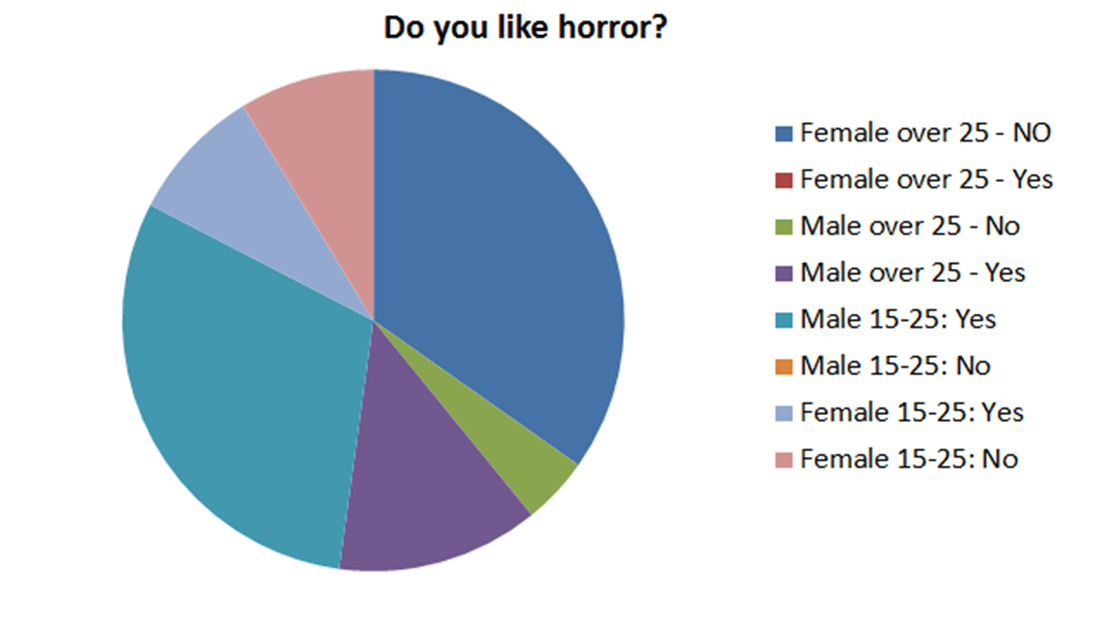 Download File
Our results from the survey show that females aged 25 and over are least likely to watch horror films most of the people within the age bracket claimed that they found horror films too scary because they didn't like the surprises or shocks within them. Our results also show that men aged 15-25 saying yes share around the same amount of the graph as females 25 and over. This meant that we decided to ultimatley aim our film at men aged between 15 and 25 because they are the most likely people that are going to watch such a film.