The distributors are the people responisble for the marketing and release of the film after it has been approved by the post-production crew.
In most situations the distributor agrees a contract with the production company on how much they will be paid from the ticket sales before the film is released. They agree this amount by first taking their 'floor' or 'house allowance' costs plus profit before passing the rest back to the production company and anyother agencies used.
Famous examples of distributors are: Pathe, Momentum Pictures, Warner Bros. Pictures and Columbia pictures.

Below are some of the distributors titles:


Below is our distributors title:
Section above by Dan

lionsgate- cabin in the woods

Lionsgate who distributed 'Cabin In The Woods' only gained $14,000,000 in the opening week. It got a final gross of over $65,000,000 worldwide. Lionsgate has also distributed.
This effected what distribution company we went with. 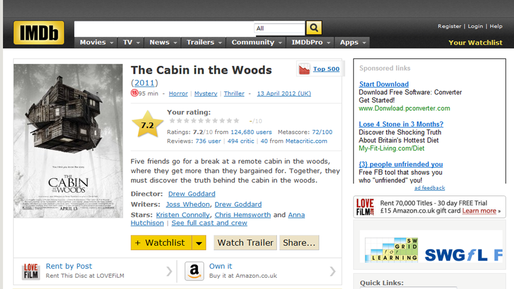 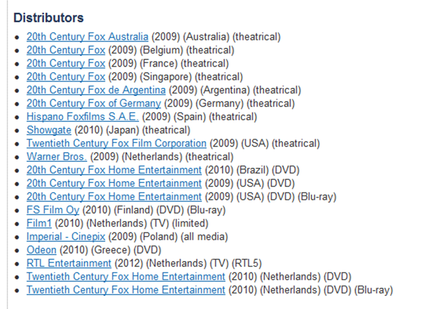 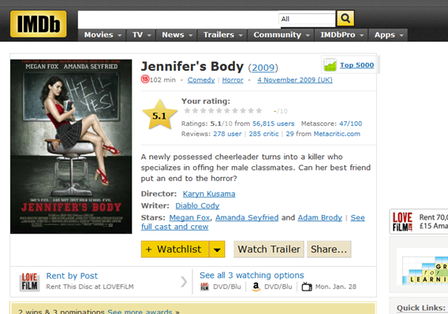 'The Exocist' - In its opening weekend it gained £151,714 in the UK. In January 2004 it's worldwide gross was £357,500,000.
Warner Bros seemed like the best choice fo a distribution company as it grossed more than the Fox and Lionsgate movies also present on this page. 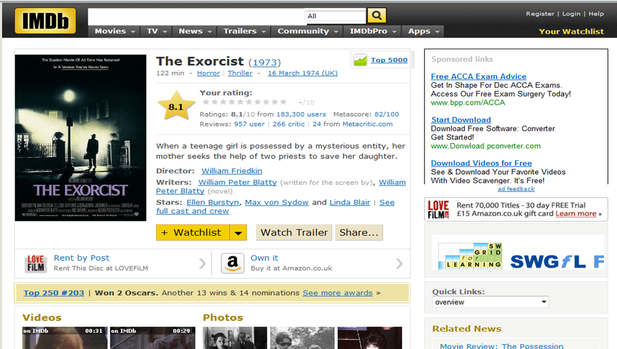 Page by Dan, Kirsty and Sam.